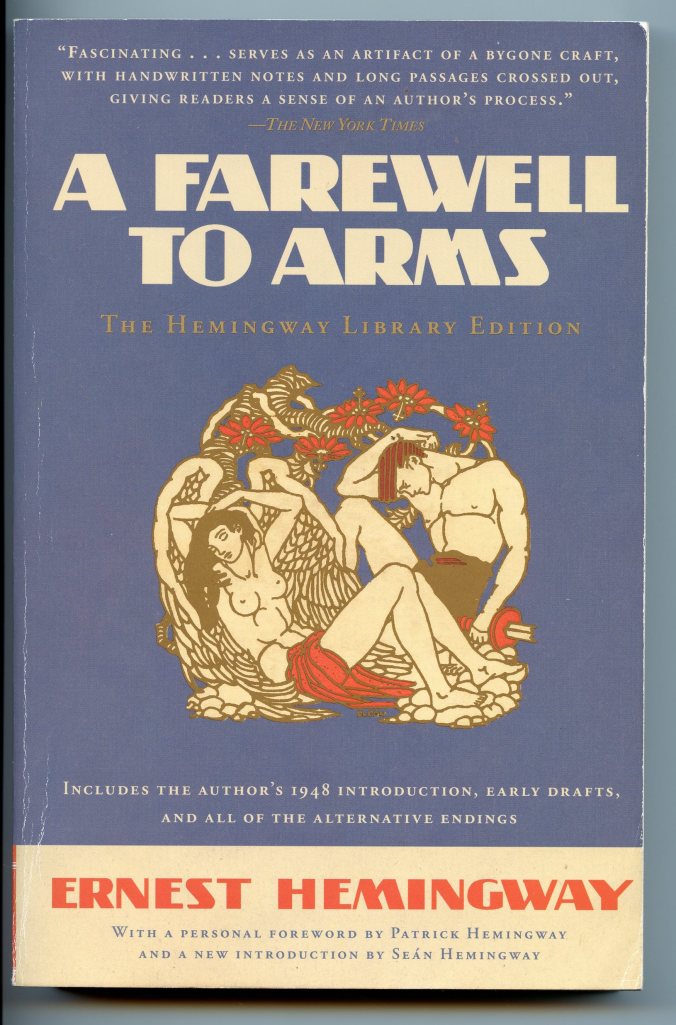 From the many tributes to John McCain, I learned his favorite book was Hemingway’s For Whom the Bell Tolls. But one quote, offered by Paul Ryan, came from A Farewell to Arms. In chapter 34, Hemingway wrote, “The world breaks everyone and afterward many are strong at the broken places.”

Ryan intended this to mean McCain had grown stronger after his brutal captivity in Vietnam. Hemingway may have thought the same of soldiers he knew in World War 1. He may have considered, as a witness to war’s brutality, the meaning of suffering and death. The passage with the statement holds all this ambiguity in a gentle rumination on love.

One night, Hemingway’s character, Frederic Henry, muses on the love he shares with Catherine, who was pregnant with their child. After their daring escape from the war zone of Italy and arrival in Switzerland, he thinks about the nature of being alone together, of not feeling lonely when they are together. “We were never lonely and never afraid when we were together.” He gathers his thoughts, as she sleeps, ending here:

“If people bring so much courage to this world the world has to kill them to break them, so of course it kills them. The world breaks everyone and afterward many are strong at the broken places. But those that will not break it kills. It kills the very good and the very gentle and the very brave impartially. If you are none of these you can be sure it will kill you too but there will be no special hurry.”